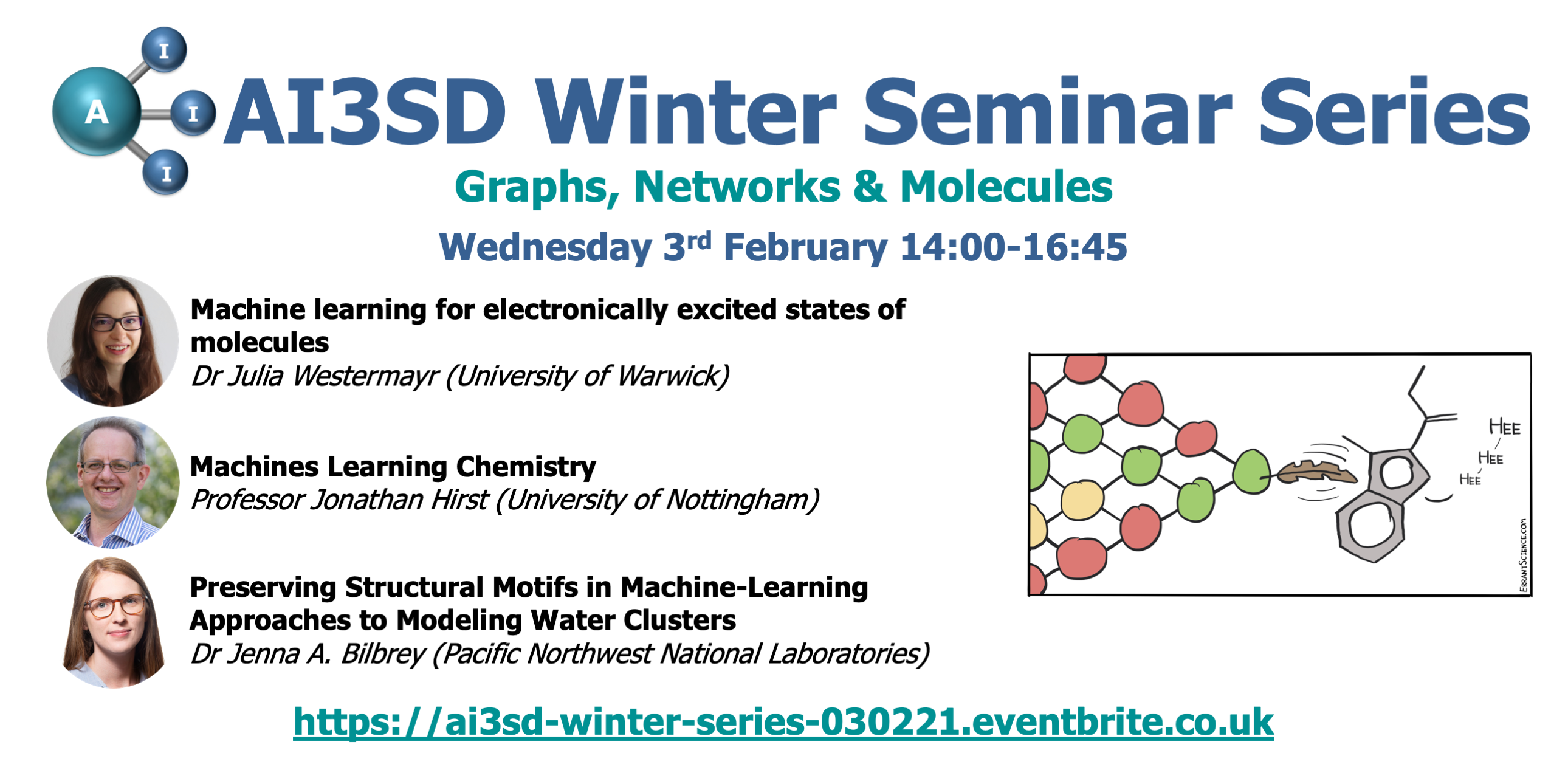 This seminar was the fifth of ten in our AI3SD Winter Seminar Series. This seminar was hosted online via a zoom webinar. The event was themed around Graphs, Networks Molecules, and consisted of two talks on this subject. Below are the three videos of the talks with speaker biographies, and the full playlist of this seminar can be found here.

Professor Jonathan Hirst obtained his B.A. in chemistry from Oxford University in 1990. He received his Ph. D. from London University in 1993, under the supervision of Dr. Michael Sternberg at the Imperial Cancer Research Fund. He spent the following three years as a postdoctoral research associate in the United States with Professor Charles Brooks III, first at Carnegie Mellon University, Pittsburgh, and subsequently at The Scripps Research Institute, La Jolla, as a recipient of a Human Frontiers Long-term Fellowship. In 1996, he was promoted to Assistant Professor. In 1999, he was appointed as a Lecturer in Computational and Theoretical Chemistry at the University of Nottingham. In 2002, he was promoted to Reader and in 2004 to Professor in Computational Chemistry. In 2012, he became the Head of the Department of Physical and Theoretical Chemistry. In Aug 2013, he relinquished this role to become the Head of the School of Chemistry, concluding a four-year term in 2017. In 2020, he was awarded a Royal Academy of Engineering Chair in Emerging Technologies.

Jenna (Bilbrey) Pope is a data scientist at Pacific Northwest National Laboratory. She graduated with her Ph.D. in chemistry from the University of Georgia in 2014, and now uses her knowledge of computational chemistry to explore machine-learning approaches for chemical systems. Code for her projects can be found at https://github.com/jenna1701.