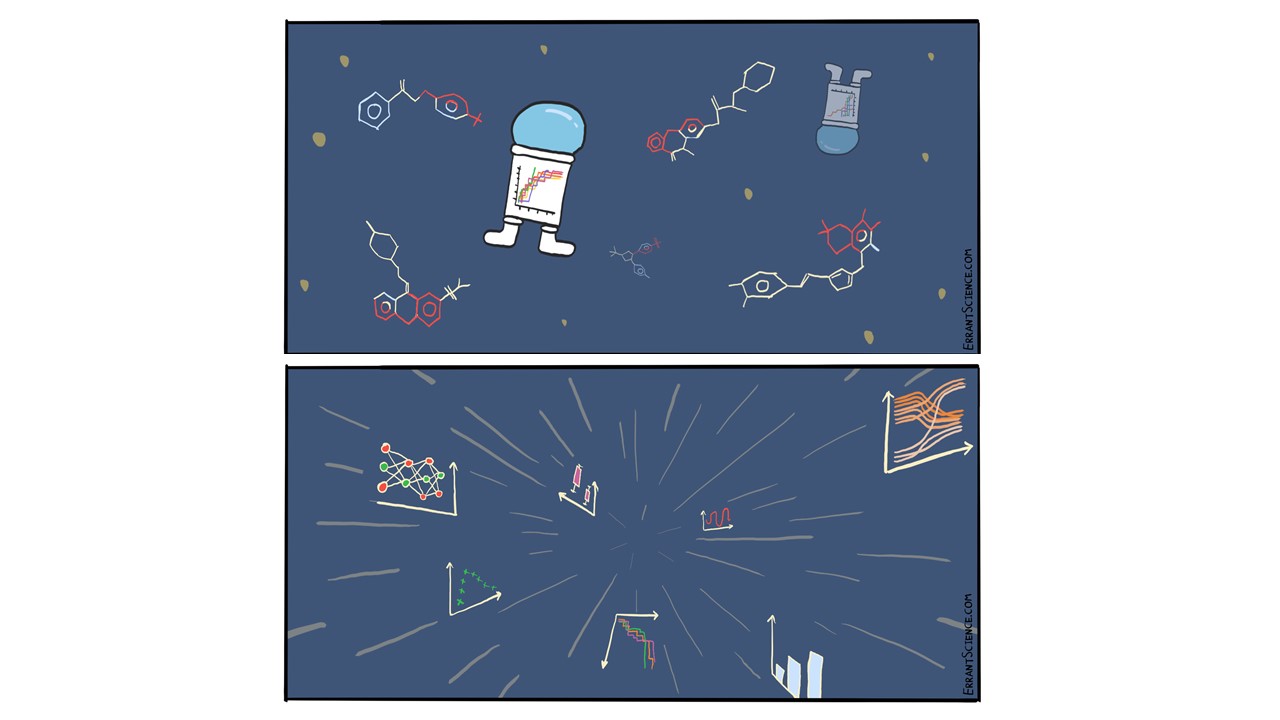 This event was the eighth of the AI3SD Autumn Seminar Series that was run from October 2021 to December 2021. This seminar was hosted online via a zoom webinar and… 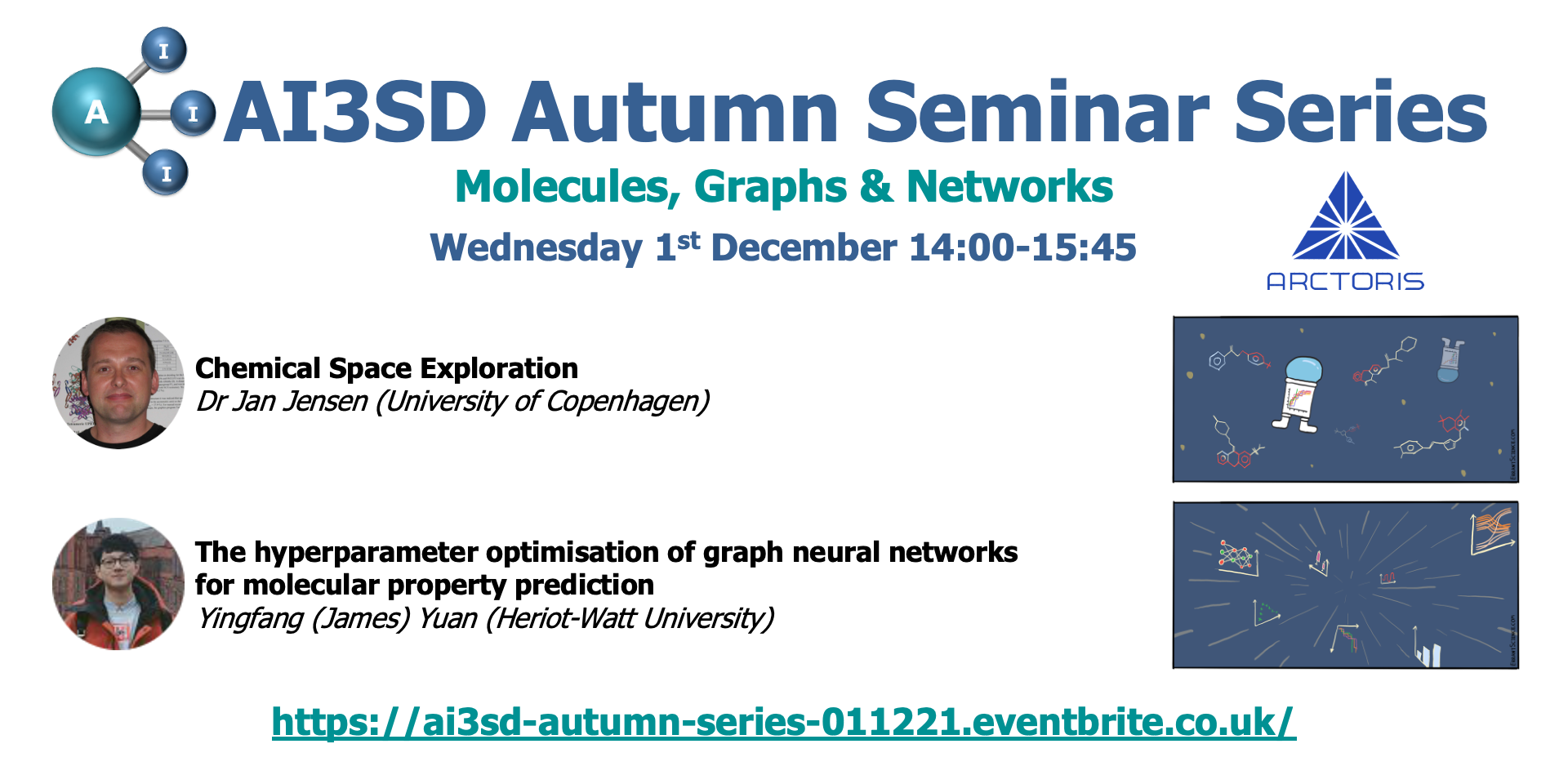 This seminar forms part of the AI3SD Online Seminar Series that will run across the autumn (from October 2021 to December 2021). This seminar will be run via zoom, when you register on Eventbrite you will receive a zoom registration email alongside your standard Eventbrite registration email. Where speakers have given permission to be recorded, their talks will be made available on our AI3SD YouTube Channel. The theme for this seminar is Molecules, Graphs & Networks.

Presenting the paper: On the Basis of Brain: Neural–Network–Inspired Changes in General Purpose Chips. In this paper, we disentangle the changes that the rise of Artificial Intelligence Technologies (AITs) is inducing in the semiconductor industry. The prevailing von Neumann architecture at the core of the established “intensive” technological trajectory of chip production is currently challenged by the rising difficulty to improve product performance over a growing set of computation tasks. In particular, the challenge is exacerbated by the increasing success of Artificial Neural Networks (ANNs) in application to a set of tasks barely tractable for classical programs. The inefficiency of the von Neumann architecture in the execution of ANN-based solutions opens room for competition and pushes for an adequate response from hardware producers in the form of exploration of new chip architectures and designs. Based on an historical overview of the industry and on collected data, we identify three characteristics of a chip — (i) computing power, (ii) heterogeneity of computation, and (iii) energy efficiency — as focal points of demand interest and simultaneously as directions of product improvement for the semiconductor industry players and consolidate them into a techno– economic trilemma. Pooling together the trilemma and an analysis of the economic forces at work, we construct a simple model formalising the mechanism of demand distribution in the semiconductor industry, stressing in particular the role of its supporting services, the software domain. We conclude deriving two possible scenarios for chip evolution: (i) the emergence of a new dominant design in the form of a “platform chip” comprising heterogeneous cores; (ii) the fragmentation of the semiconductor industry into submarkets with dedicated chips. The convergence toward one of the proposed scenarios is conditional on (i) technological progress along the trilemma’s edges, (ii) advances in the software domain and its compatibility with hardware, (iii) the amount of tasks successfully addressed by this software, (iv) market structure and dynamics. 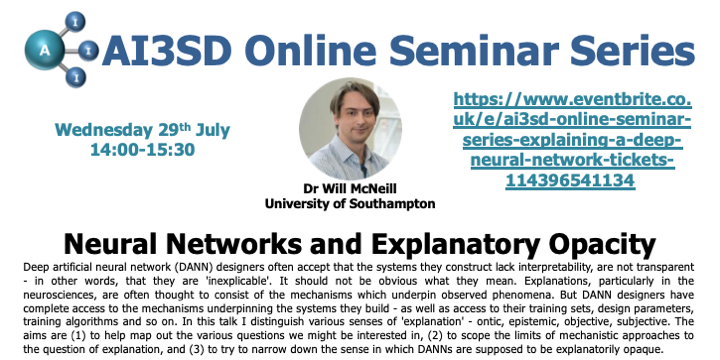 https://www.youtube.com/watch?v=3rSnjnUjpo0&ab_channel=AI4ScientificDiscovery Abstract: Deep artificial neural network (DANN) designers often accept that the systems they construct lack interpretability, are not transparent – in other words, that they are ‘inexplicable’. It should not…

Deep artificial neural network (DANN) designers often accept that the systems they construct lack interpretability, are not transparent - in other words, that they are 'inexplicable'. It should not be obvious what they mean. Explanations, particularly in the neurosciences, are often thought to consist of the mechanisms which underpin observed phenomena. But DANN designers have complete access to the mechanisms underpinning the systems they build - as well as access to their training sets, design parameters, training algorithms and so on. In this talk I distinguish various senses of 'explanation' - ontic, epistemic, objective, subjective. The aims are (1) to help map out the various questions we might be interested in, (2) to scope the limits of mechanistic approaches to the question of explanation, and (3) to try to narrow down the sense in which DANNs are supposed to be explanatorily opaque.